R1 Sports Mgnt llc works with a team of independent consultants who are chosen for their exceptional ability to identify basketball talent.  These consultants travel extensively in the United States to scout players, talk to coaches and make recommendations to us for team placement in the NBA or FIBA.

At R1 Sports Mgnt much of our success is due to the quality of our outside consultants.

For example, former NBA player Ernie DiGregorio (“Ernie D”), who knows from personal experience what it takes to play at the professional level, brings a unique perspective to his advisory role.

Mr. DiGregorio was a highly recruited point guard on the North Providence High School basketball team. In 1968 they competed for the Rhode Island Class B state championship. After high school, he went on to star for the Providence College Friars. The 1972-73 Friars are considered one of the best teams to have ever played for the college. They finished 27-4 and were ranked fourth in the nation.

They became the first team from New England to reach the Final Four since 1947 when Holy Cross appeared in the tournament. He was a consensus All-American and the East Regional MVP in 1973. A highlight of his college career was his selection to the Final Four All-Tournament Team.

During his senior year, DiGregorio led a college all-star team, which also included Bill Walton. In an exhibition game on May 7, 1973 at Madison Square Garden, billed as “US v. USSR”, the US college all-stars were victorious. This was an important symbolic achievement coming on the heels of the United States’ loss in the 1972 Summer Olympic gold medal game.

Ernie DiGregorio’s professional career began when he was selected third overall by the Buffalo Braves (now Los Angeles Clippers) in the 1973 NBA Draft. Ernie was also drafted that year by the Kentucky Colonels of the American Basketball Association but opted for the NBA. 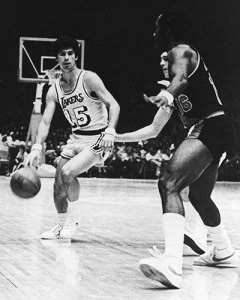 He won the NBA Rookie of the Year Award in 1973-74 after averaging 15.2 points per game and leading the league in both free throw percentage and assists. His skill with the behind-the-back pass became legendary.

DiGregorio still holds the NBA rookie record for assists in a single game with 25 (a record now shared with Nate McMillan). During the 1976-77 season, he led the league in free throw percentage a second time, with a then-NBA record 94.5%.

After four seasons, the Braves traded DiGregorio to the Los Angeles Lakers during the 1977-78 season where he played alongside basketball legend, Kareem Abdul-Jabbar. 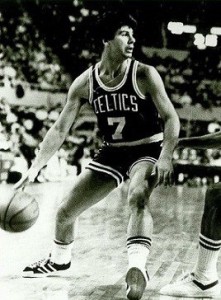 In January 1978, he was waived by the Lakers and signed as free agent with the Boston Celtics where he played out the remainder of the season.

Due to a severe knee injury, DiGregorio was forced to retire after his fifth NBA season, but not before leaving behind a legacy as one of the best passers to ever play the game.

In 1999, he was elected to the National Italian-American Sports Hall of Fame. 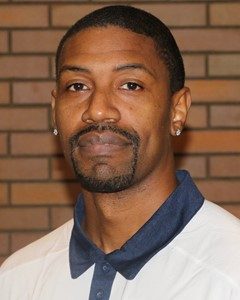 Damone Brown is currently an Assistant Men’s Basketball Coach at Villa Maria College.  He works under famed local Athletic Director Don Silveri. Originally from Buffalo, Damone graduated from Seneca Vocational High School.  He then played for Coach Jim Boeheim as a 6’9″ and 212 lb forward at Syracuse University from 1997-2001.  He was a second round pick in the NBA draft, selected 36th overall by the Philadelphia 76ers.  Throughout his NBA career he played as a small forward/power forward for the 76ers, the Toronto Raptors, the New Jersey Nets and the Washington Wizards.  He also played for the Sioux City Skyforce and the Reno Bighorns of the NBA Developmental League. He also played for a number of professional teams in Europe and South America.